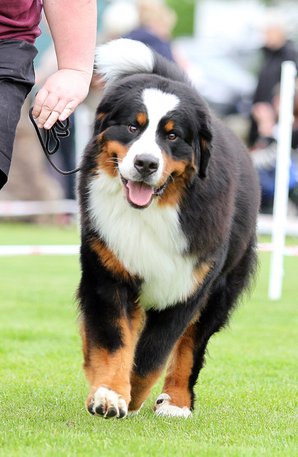 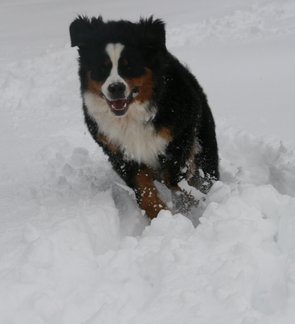 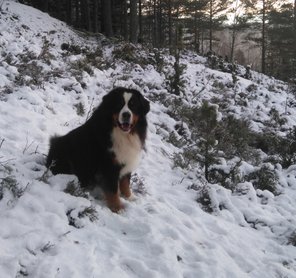 August 2015 I conquered my water phobia, and boarded the ferry to Finland to pick up my birthday gift to me from me. Jeg knew exactly what I wanted that year - a Finnish fluffball!

Glam is of course named after one of my favourite entertainers.

When I saw that Kirsi had made this combination, I knew I couldn't miss out on it. The pedigree is filled with dogs I have followed through time and wanted to include in my breeding program. I was lucky enough to be promised a pup. I originally wanted a bitch, but not enough girls were born, and I was offered a male. I didn't hesitate, but got ready to be owner of a male again. When I bought X'en in 2007 I was waiting for a boy, but not enough boys were born - if that gender switch worked out for me, I could try that one more time.

The wait before Glam could come home was extra long, considering the import regulations. I owe  Kirsi Kultavuori and Anna Mansoniemi my deepest gratitude for taking so good care of him for those two extra months. Thanks to their frequent updates I felt as if I had a good impression of what kind of puppy was awaiting me.

I obviously hope for a little more than a hiking companion and heath pillow when I include a new member to my pack. Even if Glam was still young, he quickly exceeded my expectations. I could have written pages about how quickly he crawled into my heart, and how enthusiastic I am about him.

He's a laidback, solid, calm and uncomplicated pup who met everything new with steady paws and an open mind. He continued to grow up as easygoing, straightforward guy, as nice as you get them, and convinced that the world is his oyster. He is independent, curious on most things, and as a working dog he's taught me new methods to awaken his contact, motivation and concentration. He's still a cool dude, so laidback and confident in all new situations, but also a clown that makes me laugh and is always ready to have some fun.

He fits me like a second skin, and would have been a valuable part of my life just because he is who he is. But I have also been fortunate enough that he is cleared for breeding according to the guidelines of the Norwegian breed club, and I hope he can contribute to my future breeding plans. He has a mentality I would love to see passed on, he has a pedigree with outstanding dogs, and he has a lot of exterior qualities I need to compensate for faults in my breeding bitches. As a respected breed specialist said about him: Finally a Bernese with the right proportions, not too long or too low on legs. Furthermore he has a masculine head without being too heavy, both strong and with a mild expression, tight eyelids and lips, he is moderately angulated as the breed is supposed to be, and he has an amazing coat I rarely see the likes of.

He rocked at several puppy shows, with a BIG 4 as best result. I'm proud of his second place at the big specialty show for the EDS-weekend September 2015. His debut as a junior came late, because I needed a break from the show circus - but he soon caught up with lost time, and had won the allowed CACs 14 months old.

In 2016 he was number 12 (of 48) on the most winning males-list in the breed club, which was a great achievement considering his short show season that year. He won junior class at two regional specialty shows - great results I really appreciate, even if they didn't give him points to the most winning-list. He has 2 CACs from Norway,  junior-CAC from Croatia, CAC from Hungary and Estonia, and was qualified for Crufts 2017.

He's needed some more time to compete as a working dog than I'm used to - big boys need time to become mature men, but so far he has passed the beginner's test in obedience and won the title in the lowest class of rally-obedience.

On his first birthday I did the x-ray, unable to wait any longer. And I was so excited when the results came back with 4 x A. He also sent some spit and blood to Antagene in France, and is normal homozygot for vWD1, DM-sod1a and DM-sod1b. He is also SH pre-tested. 17 months old he completed one of the better mentality ecaluations I've seen, proving his open mind, quick recoveries, and healthy reactions.

I can't wait to see what more the future with Glam can bring!